This Autistic Boy Stunned Shoppers With His Supermarket Performance

If you’re having a tough day, this heartwarming video of 10-year-old Calum Courtney singing in the middle of a supermarket might be just enough to restore your faith in humanity.

In the clip, Calum Courtney, who’s autistic, belts out a note-for-note perfect version of Smokey Robinson’s “Who’s Lovin’ You” to the awe of those shopping around him. Over the course of the nearly three-minute performance, several shoppers stop what to watch, seemingly in awe. When the song finishes, those around him give Courtney a standing ovation, while the boy heads back to a stall nearby where he was collecting donations for Mind, a mental health charity.

The local shoppers appreciated Courtney’s singing skills more than the judges of a television singing competition, who rejected the boy’s application. However, the video has since gone viral, making Courtney a bit of a local celebrity in his local U.K. hometown, and apparently attracted the attention of a music producer who’s interested in the boy’s talent.

According to his mother, a potential singing career for would be more than fine for Calum. She said he “loves singing around the house and performing in public, the more people the better!”

Be sure to SHARE this video with anyone who needs a pick-me-up today. 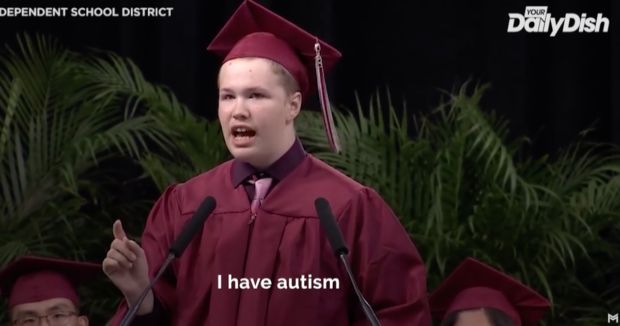