When two men were out fishing, they never expected to rescue an animal.

As the guys were out on the lake, they thought they saw a snake swimming alongside the water. However, when they got a little closer, they realized that it was not a snake, but rather a chipmunk struggling in the water.

The guys in the boat watched the chipmunk swim with a little acorn on his back. He was just about in the middle of the lake when the guys realized he needed some help.

Although they wanted to let the chipmunk swim on his own, the guys knew they needed to intervene. They quickly brought their boat over to the chipmunk and caught him in their fishing net.

The chipmunk was hesitant once he was in the net, but he slowly calmed down. He settled on the rim of the net and got a nice ride back to shore.

Once the guys were close enough to land, they released the chipmunk back into the wild.

Although they may not have caught any fish that day, the two guys sure did a good deed by helping that chipmunk get back to land.

Check out the full video of the amazing chipmunk rescue above, and don’t forget to SHARE this video with all of your friends! 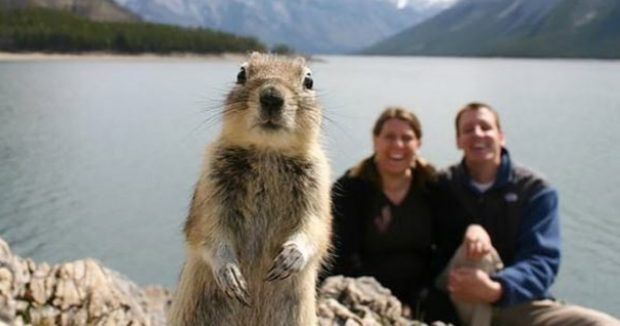