Usually when someone remodels their home, it winds up costing them a bunch of money, but one family ended up making thousands thanks to some good ol’ fashioned luck. When the family began to remodel their basement, Imgur user branik12 noticed a strange object that had been placed between the floors of the house. When they opened the box, it changed their lives forever.

Branik documented the event on Imgur. He and his family have been living in the old house for several years. It was originally built in the 1940s, and Branik — a self-proclaimed “do-it-yourselfer” — had already finished a bunch of work on the first and second floors before moving on to the basement.

He began by documenting the first steps, peeling back the basement’s original walls and revealing some weird “art” scrawled on them. He speculated that, as the house was built in the 40s, some of the weird symbols etched in may be swastikas.

“Peeled Back the Walls”

“We peeled back the walls and revealed some random writing and drawings. Nothing too special here.”

“Here it gets a little more strange. Are those swastikas? This place was built in the late 40s?”

Branik then moved on to the ceiling, tearing it down to discover what looks like a large, metal lunchbox.

“Time to remove the ceiling now, and it sucks,” said Branik. “There is a good 1/4 inch of dust on the ceiling. We put up plastic to keep the dust out of the rest of the house.”

That’s when Branik made an intriguing discovery.

“I stumbled upon a box in the ceiling. Cool! A treasure. I must document this for Imgur. It is about time I contributed to the community. *The box was replaced for this picture and the next picture after the fact. All other pictures are as it happened.”

“Took the Box Outside”

“I took the box outside and gathered the wife. It has something inside, but not heavy like coins or gold bars. Might get lucky though. Could be old sports cards?”

“Spent the next 30 minutes looking for a banana. This is the best we could find. Deal with it.”

After removing the shoestring that tied the box shut, Branik opened the box. He and his wife were dying with anticipation over what could be inside.

“String is off. Also, a few pictures ago, we moved to a patio table. The white truck in the sun was blinding us. We are starting to guess a lot at this point. Cash? Cards? Recipes?”

After opening the box, they discovered a few packages wrapped in wax paper and newspaper.

“There was a newspaper lining the bottom.”

Branik was close in his guess of the time period.

And then there were the packages wrapped in wax paper. One look and you can take a pretty good guess what is inside.

“Now I am really interested! This looks green! There’s money in here! I am guessing a thousand or more! Is that a twenty?”

“Here is the complete contents with banana for scale.”

“More than just one twenty”

“These are all twenties! There may be a couple thousand here! We are freaking out at this point. This doesn’t happen to us! What do we do? Where are the cameras?”

“The second package didn’t have any twenties. It was all fifties! What is going on here? There could be 5 grand here! Wait!!!! The third package is 100s!!!! This is out of control!!! *Sorry I didn’t get a picture opening each package. Our excitement overwhelmed us.”

Branik explained that before posting any pictures, he went to his lawyer and had the bills appraised. All in all, Branik and his wife scored $23,000 in cash, which they will put towards their mortgage. Talk about a lucky find!

“Some of the bills were rarer than others. Some brown notes, a gold certificate, and some star notes nearly uncirculated. All bills were from 1928-1934. What do we do now? Is it ours? What is it worth? I can’t put this on Imgur! … Next was hours of inventory and googling. I decided that we needed to have the special bills appraised and talk to a lawyer about how to proceed. Once the legal stuff was taken care of I decided to continue with the plan to post to Imgur. This was a wild ride for us and I hope you all enjoyed it too. We are boring people and have been dumping our extra money to pay off our mortgage, and that is where this money will go too … The total value of the money was about $23,000.”

What lurks in your basement? Be sure to SHARE this awesome story of good fortune with your Facebook friends!

Editor’s Note: This article was originally published on October 19, 2016. It has been updated throughout. 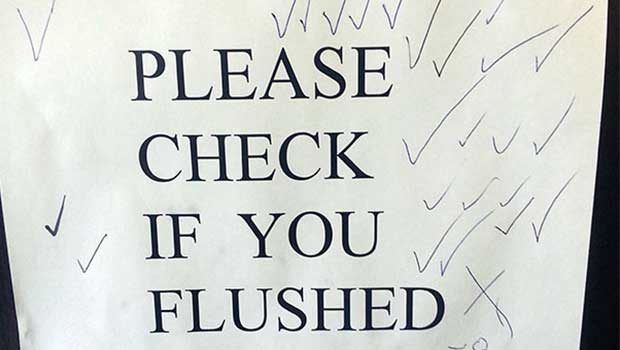