It’s no secret that gardening has enormous health benefits, from getting people to spend more time outside to helping them eat healthier food. But when you’re living in an urban food desert with hardly any grocery stores, let alone gardens, it’s hard to get started.

Ietef Vita, a former gangster from Denver, Colorado, decided to show his community how organic gardening can improve their lives.

Vita, who also has a music career under the name DJ Cavem Moetavation, wanted to help people get more involved in communal activities, while also improving their health. So, he launched Going Green Living Bling, an organization that promotes healthy eating and gardening, particularly among youths.

The project has now revolutionized the neighborhood, which previously counted “more liquor stores than […] grocery stores.” In this urban area, poor diets often led to health problems such as obesity and diabetes. Now, people have access to fresh, organic vegetables from an interactive grow space known as The GrowHaus.

“This was literally a food desert, before we stuck in the shop,” says Vita. “The freshest thing you could get was a lemon in a liquor store.”

For Vita, it’s not just about getting people to eat better, it’s also about getting them involved in a project and helping them build something to call their own.

A short documentary, titled From Gangs to Gardens and directed by Jlove Calderòn, was released in 2014 (it is now available online).The film delves into Vita’s background and personal journey, and helps further spread Vita’s message that awareness of what goes on your plate can change the way you live.

“The fact that we’ve been able to transform the way that people think by changing the way they eat is so powerful,” says Vita. “We can really transform the economics of our community by growing.” 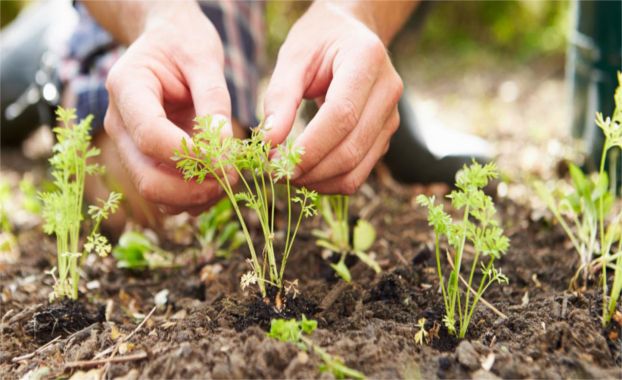