Adorable Husky Raised by Cats Thinks She’s a Cat, Too, and It’s SO Cute

Cats and dogs certainly have their own quirks. It’s undeniable. But what would happen if, say, a cat were raised by dogs? Would the cat act like a dog? Or would it still act like a cat? And what about a dog raised by cats? Would its natural canine traits eventually win out, or would it act like a cat? Well wonder no more, as we have definitive proof in the case of Tally, the husky raised by cats who adorably thinks she’s a cat, too.

Tally is a husky mix and was raised in a household of cats. As Tally grew older, her owners noticed that she lacked the usual canine tendencies and instead acted much more like her feline companions, as seen in the series of photos her owner posted to Imgur. Some of Tally’s cat qualities include her muteness, laziness, general disdain for humans (cat people will really understand this one), and Tally’s amazing catlike flexibility.

As the owner describes, Tally’s full name is Tao Tao, which is Chinese for “mischievous.” You’ll see there’s plenty of reason for that name below.

In the top image, we see Tally in a cute, crouched, very catlike position, probably waiting for a treat. Below, Tally sits repose on the stairs, waiting for her beloved humans to return to the ground floor. She’s not ready for bed just yet.

And below, Tally sits inside a box (a common place of comfort for cats) with her head adorably peaking out.

Here’s a throwback of Tally, just casually cleaning herself with her tongue, just like her cat brothers and sisters.

But that wasn’t the only catlike tendency that Tally displayed at a young age. Here she is getting her head stuck in a box.

If you know cats, then you know they have a penchant for getting themselves into odd predicaments.

Tally really isn’t any different, and she clearly hasn’t learned from her youth.

One of Tally’s favorite pastimes, according to her owners, is watching over the neighborhood, quietly judging human existence.

Tally is also super flexible, and evidently highly immodest about her physique.

So, after witnessing this husky raised by cats, we can make an educated guess that your environment can have a profound impact on your behavior — at least for dogs. Still, Tally is utterly oh-so adorable. Do you love this precious husky raised by cats? Let us know on our Facebook page, and be sure to SHARE Tally (Tao Tao) with all your friends on Facebook! 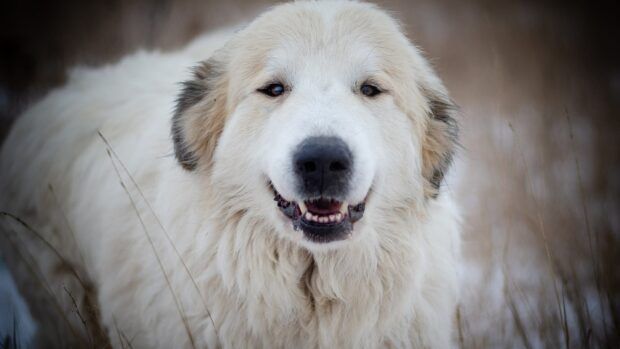 Dogs Not Meant For Your Home
Owning a dog is a rewarding experience. Dogs provide unconditional love, but they give dog owners an irreplaceable sense of pride and responsibility. However, even the most loveable dogs are ...
click here to read more
Advertisement - Continue reading below
Share  On Facebook