Time to strike a pose!

Kelly Frankenburg spends her time taking photos of newborn babies at 11 Sixteen Photography in Richmond, Virginia. However, when three foster puppies came her way, she knew she had to give them a special photoshoot to help them get adopted.

Frankenburg and her husband, Mark, have been fostering animals from Richmond Animal Care and Control. They decided to start fostering animals to help teach their two kids about “compassion, and caring for living creatures.”

Their most recent addition includes three foster puppies and their mother, Mama Paris.

“I had no idea that they were going to be so young.” Frankenburg told People. “When we picked them up and they were only 2 weeks old and really sleepy, I thought they might pose just like newborn human babies do at 2 weeks old.”

Once the puppies — named Tito, Messi, and Love Bug — settled into their new environment, Frankenburg put together the ultimate photoshoot. She treated the pups just like newborn babies, styling the session in a similar fashion.

“I kept a heater on to keep them warm during the shoot,” Frankenburg told People. “They were easy to work with since they’re so sleepy. Mama dog followed me into the studio and kept an eye on the pup for about five minutes. I let her sniff and investigate the situation. I guess she approved, because she left the room and I found her asleep on the couch.”

Frankenburg hopes the adorable photos will lead to forever homes for the tiny puppies.

“My goal is to get these dogs adopted,” Frankenburg told People. “If I can use my talents to showcase them in a way that catches the eye of a potential adopter, then I’ve done my job. Shelter dogs are just as good as breeder dogs, and I want to raise awareness for all these wonderful shelter animals who need good homes … I hope that people see my pictures and click on the shelter website, whether to adopt these dogs, or maybe they see another animal they might be interested in.”

While she waits for adoption inquires, Frankenburg is using the pups to teach her kids about responsibilities. Her older son is responsible for walking the dogs, while her 5-year-old daughter makes sure everything around the puppies is safe.

“I want my children to respect animals and to learn responsibility,” Frankenburg told Inside Edition. “I grew up around animals — horses and dogs — and it teaches you so many good lessons.”

If you are interested in learning more about the three foster puppies, check out Richmond Animal Care and Control here, and see more pictures from the foster puppies photoshoot here. 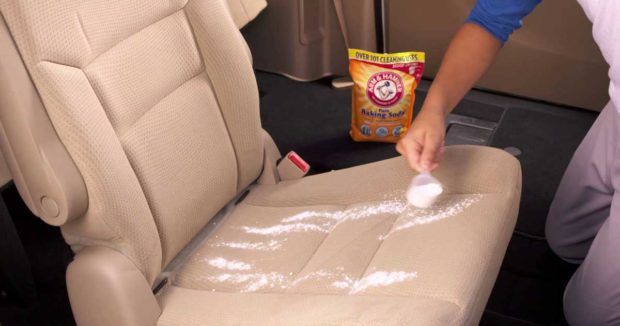 Car Cleaning Tricks That Your Body Shop Won't Tell You About
Cleaning is nobody’s idea of a good time, and cleaning your car can be both physically and mentally draining. But when you get down to actually undertaking a cleanup job, ...
click here to read more
Advertisement - Continue reading below
Advertisement - Continue reading below
Share  On Facebook