The Avengers star shared footage on Instagram which showed him surrounded by thousands of people in New York holding placards chanting “hands too small, can’t build a wall” to protest against Trump, who was declared the 45th U.S. President in Tuesday’s  election.

Ruffalo, who does not appear in the video, zoomed in on signs which read, “Liberty of all Americans” and “Donald Trump’s victory does not speak for me” and various people stood outside the Trump Tower, the home of the new President and his Trump Organization.

“Love Trumps Hate love fest NYC Thousands in the Street,” he wrote in the caption.

One Twitter user shared an image of a gay man being attacked and Ruffalo retweeted the message and replied, “This is what we were out protesting tonight. It’s the hate Trump elicits from his followers. #TrumpProtest”

He also retweeted a video from the protest in which the demonstrators chant, “No hate, no fear, immigrants are welcome here!”

It begins. Protest and more protest. My niece in Chicago is already voicing what we all are feeling! #notmypresident pic.twitter.com/6TRCUOTZSU

Jamie Lee Curtis shared footage of a march taking place in Chicago, Illinois although it was not clear if she was present herself. She tweeted, “It begins. Protest and more protest. My niece in Chicago is already voicing what we all are feeling! #notmypresident”

The Hunger Games star Hutcherson told his fans to “come join in a peaceful march through downtown LA to show the world how many of us feel! #notmypresident” and later showed video of protesters yelling “f**k Donald Trump!”

Lady Gaga staged her own protest in the early hours of Wednesday morning after it became clear Trump was going to win. She posed on a sanitation truck outside Trump Tower holding a sign which read “Love Trumps Hate”. She wore a white cropped top with those words hand painted in red on the front later that evening.

“The chaos in USA is the result of Trump’s irresponsible campaigning. He is not a role model, look at this mess he created. #LoveTrumpsHate,” she tweeted. 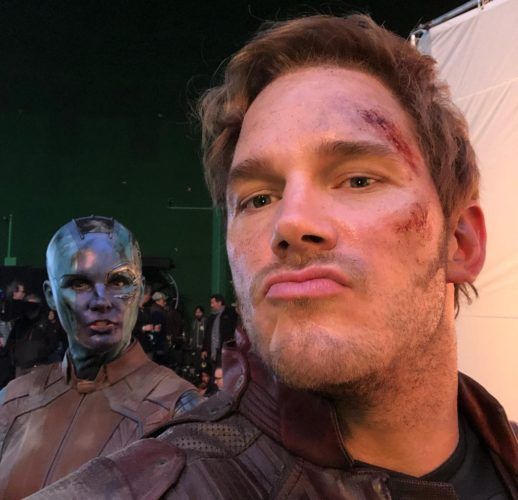 The Biggest Celebrity to Come Out Each State
Sometimes we forget that most celebrities started out as regular people, just like us. Many of them grew up in normal families in small towns, going to public school before ...
click here to read more
Advertisement - Continue reading below
Share  On Facebook