It sounds like a story out of a movie – a good person does a bad thing, but then something incredible happens.

This is the story of a 31-year-old Malaysian man who was caught stealing from a Tesco (think Stop & Shop, but British) in Bukit Mertajam, Malaysia. The man, who declined to be named, stole £4.64 worth of food in order to feed his three children between the ages of two and seven.

Instead of being turned in to the police, however, the man was offered a job. Store manager Radzuan Ma’asan determined the 31-year-old was “not a regular thief.”

You see, when Ma’asan caught him, the man confessed to his crime right away.

“In my 23 years of experience in the retail line, I had never come across thieves who admitted their act so easily. Most would give all kinds of reasons,” Ma’asan told the Star newspaper.

Ma’asan learned that the man’s wife had fallen into a coma after giving birth. The child did not survive. Now, he is staying in his relative’s house after losing his contract worker job, a result of having to stay home to look after his kids.

The man and his son were walking back to the relative’s house after visiting his wife in the hospital when his son said he was hungry.

“After walking for more than an hour, we went to the food section and I grabbed the pears, apples and a few bottles of drinks,” the man said.

Ma’asan said the man’s story really “touched our hearts.” Ma’asan then visited the relative’s house where the man and his kids were staying and discovered they had nothing.

“We visited his relative’s house. It was so empty and poor,” Ma’asan said.

Ma’asan still doesn’t know what kind of job he will give the man, but he says that the primary goal right now is to ensure that he enrolls his 7-year-old son in school.

Now, as the man’s wife has come out of her coma, it looks like he’s getting a second chance. 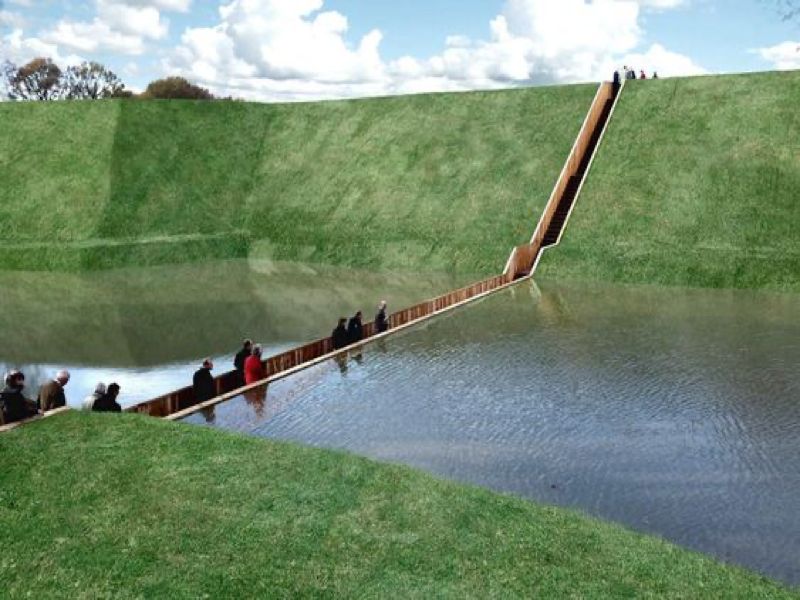 The World’s Most Dangerous Bridges Are Not For the Faint of Heart
Around the world, bridges constructed of steel or hastily fastened withered wood take travelers from one land to another. With the confidence needed to traverse into new territories and opportunities, ...
click here to read more
Advertisement - Continue reading below
Advertisement - Continue reading below
Share  On Facebook