Waiter Receives $500 Tip for a Simple Act of Kindness

“They ordered the cheapest thing on the menu,” Simmons told CNN. “Flavored water.”

The kind customer left a note on a napkin explaining the generous tip, sharing she was just returning the act of gratitude. The previous day, Simmons was at his local grocery store when he paid for an older woman’s food because she looked sad. While many customers went on with their business, Simmons went out of his way to help the older woman. They spoke, but she did not explain why she was down in the dumps. Simmons was able to give the woman temporary happiness when he paid for her shopping trip.

Turns out his act of kindness did not go unnoticed. The daughter of the older woman was the one who came into the restaurant to leave the big tip. She also explained her mother’s mood, sharing that it was the third anniversary of her husband’s death.

Simmons got very emotional as he read the note out loud.

“On one of the most depressing days of the year … you made my mother’s day wonderful,” the note shared. “You insisted on paying. Told her she is a very beautiful woman. I have not seen this woman smile this much since dad died.”

Even though Simmons didn’t think much of his kind gesture, it meant the world to one person. And that’s all that matters. 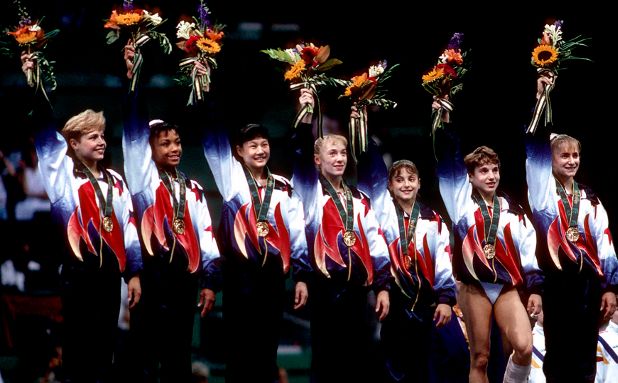 Olympic Greats: Where Are They Now?
You’d be hard pressed to find an event that captures the collective hearts and minds of the world more effectively than the Olympics. Every couple years, the Olympics hits the ...
click here to read more
Advertisement - Continue reading below
Share  On Facebook