“I’ve been eating a lot of cheese for some reason. I don’t know what it is. I’ve got a craving for the stuff. Think that’s an allergy or something? I don’t know. I can’t get enough cheese. I feel like a big mouse.”

These words were uttered by the late, great John Candy in the 1980s classic Uncle Buck (1989). Nearly 30 years after that scene was filmed, we have an answer to his question. No, it’s not an allergy. It’s a legitimate addiction.

A recent study done by the U.S. National Library of Medicine found that cheese is highly addictive because it contains casein, a family of phosphoproteins. When you digest cheese — and casein in the process — opioid receptors in your brain are triggered, the eye-opening study revealed.

Those same opioid receptors are triggered when taking such drugs as morphine and heroin. That’s how incredibly powerful casein is.

“These opiates attach to the same brain receptors that heroin and morphine attach to,” Dr. Neal Barnard wrote in The Cheese Trap: How Breaking a Surprising Addiction Will Help You Lose Weight, Gain Energy, and Get Healthy (2017). “They are not strong enough to get you arrested, but they are just strong enough to keep you coming back for more, even while your thighs are expanding before your very eyes.”

No, cheese isn’t as addicting as morphine or heroin, but this helps explains why you have episodes where you can’t put the stuff down. (The study should also make you feel better and less guilty about such instances. You can’t help yourself!)

Do you think you’re addicted to cheese? If so, are you going to try to limit your intake of it? Or is this whole thing overblown? Let us know in the comments, and make sure to SHARE this with friends and family! 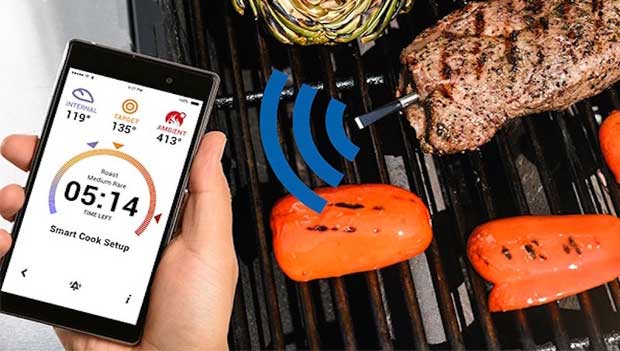 Grilling Gifts Your Dad Will Love this Holiday Season
Finding the perfect Holiday gift for a father can be difficult. “Dad” never seems to want anything and you’re always thinking to get him something he won’t expect and something ...
click here to read more
Advertisement - Continue reading below
Share  On Facebook