Sandwiched between Moldova and Ukraine is a small strip of land known to locals as Transnistria. Transnistria isn’t part of Moldova or Ukraine, but it has it’s own government, currency, and military. However, you won’t find it on a map because it isn’t recognized as a country. Yet, to some 500,000 people, it is home.

Transnistria, a name very befitting for the strip of land, did declare independence from Moldova in 1990. But the nation has remained in a kind of limbo ever since.

When Moldova broke away from the Soviet Union, they took Transnistria with it. However, the people of Transnistria didn’t feel at home in their new country since they were mostly all Russian and Russian speakers. Therefore, they sought independence and to remain a part of the Soviet Union.

A war was fought with Moldova which ended in a ceasefire. By that time, however, the Soviet Union was no more and Transnistria had no where to go. Moldova granted Transnistria a great deal of autonomy, but the dispute has never been fully resolved.

The people of Transnistria have pride in their strip of land, with its own flag and coat of arms, but they also fear for its future. Justin Barton, a photographer who visited, told Wired, “It’s quite tragic.”

“There are a lot of people who are very patriotic, but there are also a lot of other people just caught in the situation. And they’re amazingly isolated,” he said.

In return for being patriotic for all things Russian, Russia provides them with free gas, troops, and even pays the residents’ pensions. But for some reason Russia won’t recognize the place and neither will Moldova.

Thomas de Waal, a British journalist told Wired, “The most likely future is either more of the same—an unrecognized status and shadowy semi-statehood, or a confederation agreement with Moldova.”

Either way, the people of Transnistria want to preserve their homeland.

While its future may be uncertain, the love and pride of its people is not. 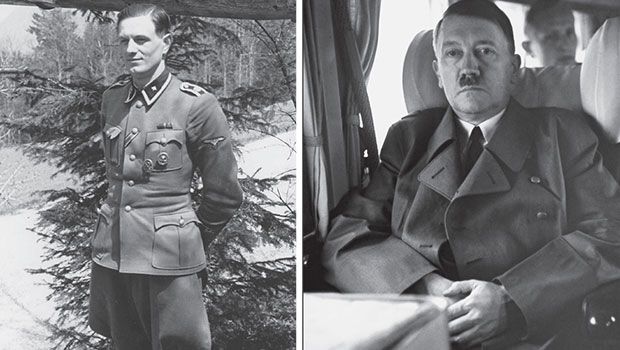 Hitler’s Last Witness: Rare Photos From the Last Man to See Hitler Alive
The last witness to Adolf Hitler’s death, Rochus Misch, has revealed what happened in the Fuhrer’s final moments as well as clues to the infamous German leader‘s relationship with lover Eva Braun in ...
click here to read more
Advertisement - Continue reading below
Share  On Facebook