The Story Behind This Viral Wildlife Photo Is Fake

There has been a lot of talk about “fake news” before and since the recent presidential election. But fake stories aren’t always political, as the internet is finding out this week.

You may have seen the above photograph floating around on social media. It shows two cheetahs with their jaws around the neck of an impala, which is standing eerily calm and still. The striking image is accompanied by this caption:

“This photo won the award for best photo of the decade and led the photographer into depression.

The Cheetahs chased a mother deer and her 2 fawns (baby deers), the mother could’ve easily outrun Cheetahs but instead she offered herself to Cheetahs so that her kids can manage to run to safety.

Makes you want to cry, doesn’t it? But beyond incorrectly describing the impala as a deer, there is a big problem with this story: it is completely untrue.

Alison Buttigieg, the professional photographer who took the picture in 2013, was made aware of the story when people began contacting her about it. On Monday, she posted on Facebook to set the record straight: not only was the photograph not taken in the conditions claimed by the caption, but Buttigieg never went into a depression.

“A highlight of my photography career has turned into a nightmare,” she wrote. “My Stranglehold photo went viral in a huge way with a completely ridiculous fake story accompanying it, and implications I fell into depression after I took it […]. Sensationalism at its best – complete fiction so that people get more likes on their page.”

Buttigieg posted a link to her website, where you can find the real story behind the photograph, along with more pictures of the kill. In 2013, while taking pictures in Kenya, she witnessed a mother cheetah teaching her two young how to hunt. The mother was holding the impala by the neck, to immobilize it while her young practiced their hunting and killing skills on her. While not as touching as the viral fake sob-story, it remains a fascinating, certainly more accurate look at how nature works.

“What is out of the ordinary in this sequence of photos is how calm the impala is,” Buttigieg wrote on her site. “It is probably in shock and thus paralyzed with fear. […] The defiance in its eyes are in stark contrast with its lack of interest in self-preservation. This allowed me to get unique pictures of a kill that are seemingly choreographed in their grace. I wanted the viewer to sympathize with the impala, and at the same time witness with me the disturbing nature of this unusual kill.”

The backlash from the viral fake story has been unpleasant for Buttigieg:

“Hundreds of people are sending me messages about my fake depression and why I didn’t save the deer. It’s been horrible. I have no idea who started this, I wish I knew,” she told DNA India.

In her Facebook post, Buttigieg also mentions that this has impacted her professionally: Not only is the fake story violating copyright laws, but she has also been tagged on LinkedIn with the photo.

“That’s going to to wonders for my career,” she wrote sarcastically. “What a vile world we live in, full of stupid gullible people spreading #fakenews like crazy.”

These events remind us that even fake stories that seem innocuous can have real consequences for people — one more reason to verify sources and credibility before sharing content.

Your Daily Dish reached out to Alison Buttigieg for comment. 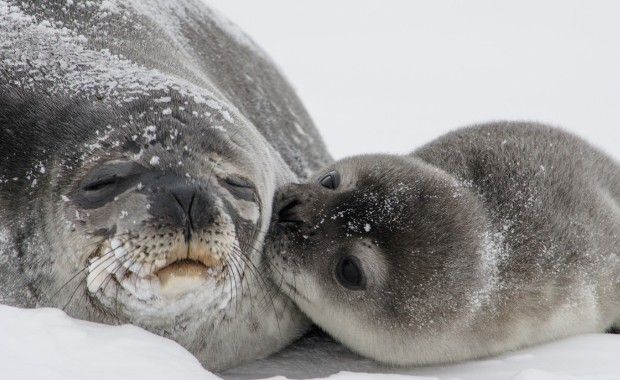