We know that many outdoor plants can be deadly. However, most of us don’t know that common houseplants can be deadly, too. These are plants that are sold in stores or frequently seen around the yard. Whenever buying plants, it’s always good to know its history and whether or not it may cause death if ingested, especially if you have small kids or animals around.

Here are some common household plants that may cause death or illness if handled the wrong way.

Everyone loves hydrangeas. They bloom in a variety of colors and are large and vibrant. However, they house a particular type of poison, hydragin, which is basically cyanide. You can be poisoned from eating the bulbs or leaves and it can cause death in humans. Symptoms also include dizziness, fainting, blood pressure dropping, shortness of breath, and rapid pulse.

With such a pretty, dainty name, it’s hard to believe how harmful this plant can be. Even if you cut them from outside and put them in a vase, the water they sit in will also turn deadly. For those who recall, Lily-of-the-Valley even played a role in the hit show Breaking Bad when infamous Walter White took the flower and poisoned Brock with it. Just biting the plant can cause mental confusion and increase the rate at which the heart contracts. It also causes headaches, hot flashes, hallucinations, and can slow down the heart which can lead to a coma or death.

That’s right, beware the daffodils! The part you shouldn’t eat is the bulbs. They rarely cause death, but contain a toxic alkaloid in the bulb. These plants can even be toxic to other plants. It may be best to not grow them around other flowers. If ingested, these plants can cause convulsions, dizziness, upset stomach, and abdominal pain. You should also wear gloves when handling these pretty yellow flowers lest you get the “daffodil itch,” which is irritation of the skin.

‘Tis the season! Despite it’s romantic place in holiday culture, mistletoe is actually poisonous and has caused fatalities when ingested. Eating the leaves or berries can cause diarrhea and abominable pain. It’s also particularly poisonous to animals. People who have died from it experienced inflammation of the stomach and small intestine, followed by cardiovascular collapse.

You’re sure to find these guys in many gardens. You may even have them out back right now! They’re a popular choice for being super pretty, but don’t be fooled by their beauty. Eating Oleander can affect the nervous system, cause gastrointestinal issues, dizziness, vomiting, and slowing of the heart. Small amounts can be lethal, but especially for young children. Wash your hands or arms thoroughly after working with the plant.

Touted as North America’s deadliest plant, you should not plant water hemlock in your garden. This plant can kill you within 15 minutes of ingestion. It can cause violent seizures by attacking the central nervous system and people usually die from asphyxia and cardiovascular collapse. You may see the plant around your property if you happen to live by a stream, swamp, or meadow. 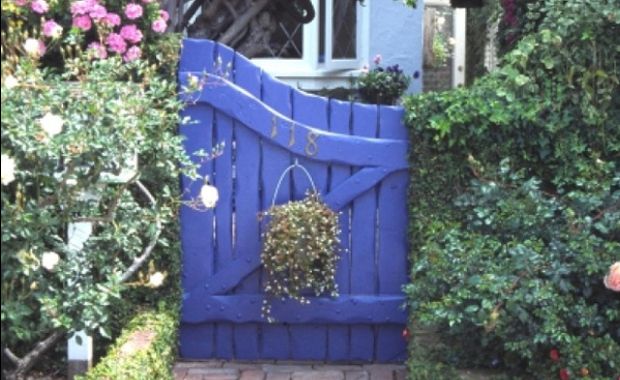 Beautiful Gates to Complete Your Garden
The key to your whimsical garden escape begins at one place – the entrance. Sure, walking out your storm door is a fine way to access your garden, but wouldn’t ...
click here to read more
Advertisement - Continue reading below
Share  On Facebook