If there’s one thing most people can agree on these days, it’s that veterans deserve our respect for their service and their sacrifice, and should be honored for them. Unfortunately, sometimes people and especially, businesses, can be tone deaf in that regard.

Scott Wallace, a Marine veteran who lives in Union, Kentucky, was proud to display a U.S. Marine Corps flag in front of his house, as a symbol of what he had fought and stood for. But the Triple Crown subdivision, where he resides, has rules about having flags other than the American flag on display, and threatened him with a $500 fine.

Last week, Wallace posted about his situation on Facebook, and declared he was prepared to pay the fine on principle.

“I am a Marine Veteran willing to give my life for my Family, my Country, my God, and for you that I don’t even know, I served honorably as a United States Marine, and yet today I received a violation notice for having a Marine Corps flag on my garage flag pole,” he wrote. “So as my violation reads I can only be fined up to $500.00. So tomorrow I’m going to go ahead and pay my $500.00 fine so I can continue to fly my flag.”

The post has received over 3,000 likes, and was shared more than 4,000 times. Towne Properties, the association which manages Wallace’s community, reportedly received many phone calls and emails in support of the veteran.

By the end of the week, Wallace updated his post with the good news that the association had reversed its decision, proclaiming that flags issued by the United States — like the Marine Corps flag — would from now on be allowed. Wallace was grateful and gracious in his update.

“I can not put into words how much this means to my family for your efforts to help me on what may seem to some a simple cause,” he wrote. “I spoke to Lydia at Towne Properties first thing this morning. […] I want to personally thank her for following up on this and making it right. After talking to her I know she did not mean anything disrespectful.”

The situation was therefore resolved in a civil manner, and Wallace retains the right to continue displaying his patriotism and his pride in his service to the nation. 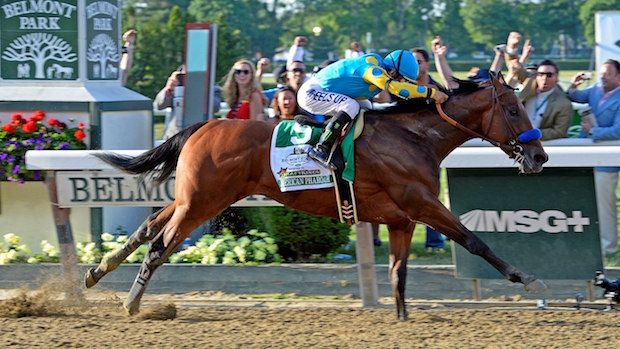 How Much Do You Know About Horse Racing’s Triple Crown?
Capturing horse racing’s Triple Crown — victories in The Kentucky Derby, The Preakness Stakes, and The Belmont Stakes — is one of the most challenging feats in American sports. Although each of the ...
click here to read more
Advertisement - Continue reading below
Share  On Facebook